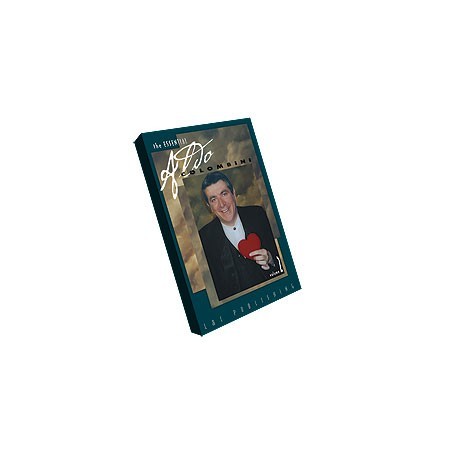 POCKET REPEAT - Aldo takes the best elements of the Six Card Repeat and Card to Pocket and combines them into a new magic classic.4'WAVE - Aldo's version of Phil Goldstein's neo-classic "B'wave" with regular cards. This also features a forcing system
29,95 €

POCKET REPEAT - Aldo takes the best elements of the Six Card Repeat and Card to Pocket and combines them into a new magic classic.

HYPNO-CARDS - Two spectators each select a card. The performer removes some cards from the pack and each spectator claims to not see their selection. But, then they do. Then, they don't! An incredible routine with a surprisingly simple handling.

GRAND PRIX - This is a complete award-winning act with playing cards. Dozens of effects are combined to leave your audience breathless and spellbound!

OIL AND WATER - Aldo breathes new life into this time-honored plot as red and black cards repeatedly separate under impossible conditions...and at the end, only black cards remain!

ELEVON - Aldo's version of Marlo's "Elevator" plot. Cards magically pass right through the pack. Your spectators won't believe their eyes when the last card moves visibly from the middle of the pack to the top!

SHENANIGANS - A classic piece of magic for young and old! Green-backed cards emblazoned with leprechauns magically turn face up and face down. For the unforgettable finish, the cards turn out to have the colors of the rainbow on their backs or the legendary pots of gold on their faces.

ONE FOR ALL - Three cards are selected and the magician divines what they are from a single card. To finish, the selections all appear face up in the middle of the pack.

FAST FOOD - Two cards, interlaced between three Jokers, vanish suddenly and reappear reversed in the middle of the pack. You'll gasp at the vanish of the cards!

BALLS & CUPS - Aldo's two cup and ball routine that's easy for you to do and for your spectators to follow. In addition to the traditional big loads at the finish, there's a complete surprise for spectators and magicians alike-the production of a third cup! 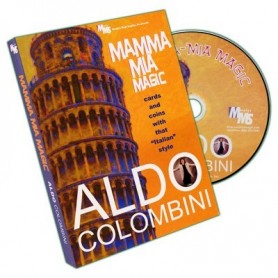 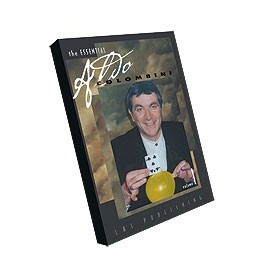 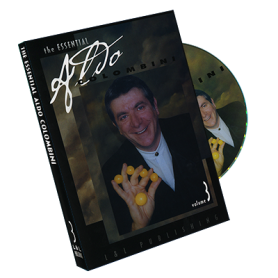