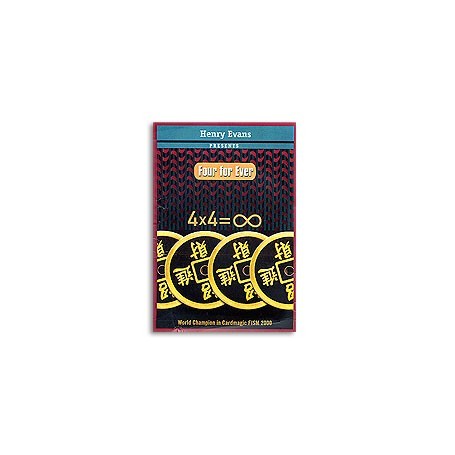 Four For Ever by Henry Evans - Trick

Effect: The performer shows four Chinese coins to a spectator. He then explains that the Chinese economy is doing very well lately. To illustrate this fact he takes one of the coins out of his hand, shows both sides, and places it in his pocket. There should be 3 coins left in his hand, but miraculously there are still 4. The performer repeats the feat of magic several times. To further prove his magical prowess, the performer places the coins in the spectator's hands and performs the trick. In fact there are four coins forever!
This effect includes a CD-Rom video performance and explanation.