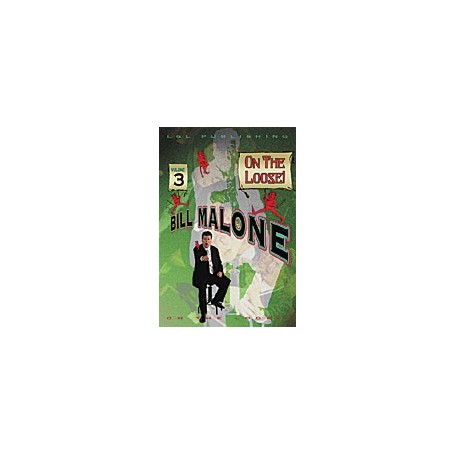 Malone On the Loose Vol 3 by Bill Malone - DVD

Direct from the Factory Inspired by Michael Skinner, this version of the Mental Photography Cards is Bill's favorite!

Apex Aces 2002 An important touch on the original Apex Aces plus visual reappearance!

Name Any Number and You Can Do It Too! Two card classics come together with Bill's magical blend of Paul Cummins' masterpiece, Count On It, and David Solomon's ingenious Cutting Tens!

Bill's Cards Across As seen on ABC's Champions of Magic! Your audience will love this fun routine which Bill uses all the time for stand-up and close-up.

Standing Ovation Invisible Deck Bill's wonderful presentation for the Invisible Deck, which builds and builds into a guaranteed standing ovation!