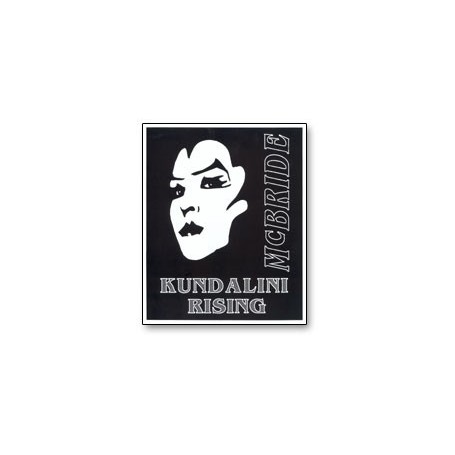 The new edition of Kundalani Rising includes a color cover for the directions and a page of new notes and handlings.

"This is strong magic that will get your audience right in the 'chakras.'"
-Max Maven

The Kundalini Rising, from a spectator's point of view:

The deck is new, the seal unbroken. He bids me open the pack and shuffle the cards. Now cut. I keep half and surrender the remainder to him. From my cards I select one (the five of clubs), unknown to him. "Press the card to your forehead, imprint it in your mind" he tells me. He then collects all the cards, mine included and replaces them in the pack. He gives me the deck, then steps back, out of reach.

I hold the pack in my right hand at arm's length. He asks me to relax, and draw deep breaths while picturing my card. Relaxed now, at his request I hold the breaths briefly, then blow the air out through the deck in my hand. Once, twice, three times.

With the third breath, a card rises mysteriously, majestically, from the deck, as if pulled by unseen hands. It is the five of clubs! It is magic.

Jeff McBride is widely known in the magic community for his ability to take an effect and create a handling which is so simple and clean that it appears to the audience as real magic. Kundalini Rising is certainly no exception.

Includes the special gimmick and eight pages of complete, illustrated instructions-you need only supply the deck.