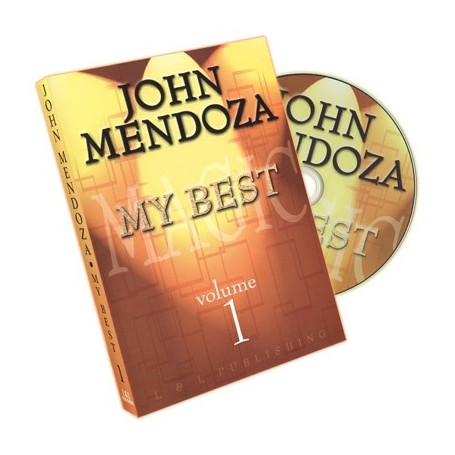 John Mendoza is a legendary figure in close-up magic and his books and manuscripts can be found in just about every magician's library. In addition to his own effects and routines, John has also authored books for such notables as Don England, Chris Kenner and Dan Fleshman. For over 35 years, he's made his living performing close-up magic and in this remarkable set of DVDs, John shares the secrets of that success. These are the tricks that have taken John Mendoza literally around the world - they're the very best effects that this world-class entertainer has to offer - and now they can be yours.

DICE STACKING - In an amazing display of skill, the performer manages to stack four dice with an inverted cup. From there, however, things get even more magical as the dice visibly shrink, huge dice appear and finally, a drink is produced from underneath the dice cup.

AMBITIOUS 1-2-3-4-5 - A spectator is asked to call out a number from one to five. A deck of cards is shuffled with some of the cards turned face up and some face down. Yet, when the cards are spread, the four cards that match the spectator's choice are the only ones that remain face up.

ACE PRODUCTION - The four Aces are produced from a shuffled deck simply by cutting the deck. This is the perfect lead-in to any four Ace routine! SIMPLE

COLLECTORS - The four Aces are set aside and three cards are selected and lost in the deck. The Aces are very fairly placed on top of the deck yet, when they are spread, the three selections are now found to be in between them.

RED/BLACK SHUFFLE ROUTINE - To begin, a spectator deals the cards randomly into two piles yet somehow, the cards are divided into reds and blacks. Then, the performer performs a dazzling display of pasteboard dexterity as no matter how much or how many times the cards are mixed, the two colors refuse to be mixed!

CHOP CUP ROUTINE - The spectator can't seem to guess correctly whether the little ball is in the performer's pocket or underneath the little brass goblet. It all becomes a moot point when two large balls are produced from out of nowhere. Short, sweet and to the point.

FEMALE - A spectator freely names a card and every other card is shown to have a man's name on its back. The chosen card is not just the only card in the deck with a woman's name - it turns out to be the spectator's name!

ROUTINED POKER MENTAL - Four spectators are asked to simply think of one card in a Poker hand, yet the performer is able to accurately determine each of the mentally-chosen selections.

MENDOZA CUPS AND BALLS - A classic of magic with the Mendoza touch, complete with sequences that are guaranteed to fool even seasoned Cups and Balls workers. A truly reputation-making routine! 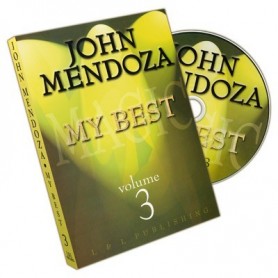 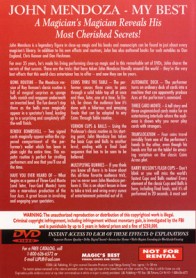