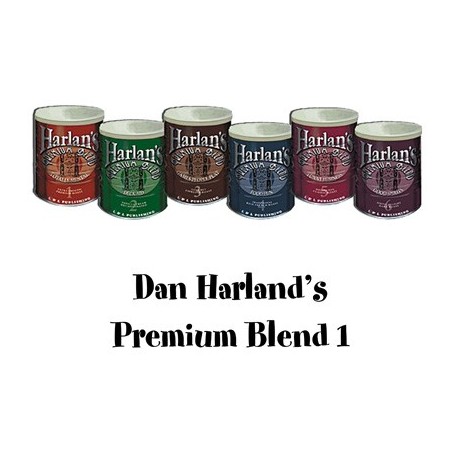 Brand-New Innovative Magic Brewed by One of Our Best...From the highest fertile grounds of the Sierra Nevada Mountains near Lake Tahoe, California comes one of America's most prized collections of high-quality close-up magic. Dan Harlan's Premium Ble
29,95 €

Brand-New Innovative Magic Brewed by One of Our Best...

From the highest fertile grounds of the Sierra Nevada Mountains near Lake Tahoe, California comes one of America's most prized collections of high-quality close-up magic. Dan Harlan's Premium Blend performances have been hand-selected from only the finest routines in his vast field of expertise. Whether you crave the luscious simplicity of powerful presentations or the deep dark smoothness of authentic sleight-of-hand, you're sure to find a flavor you cannot live without.

PHOTO FINISH -- A bunch of photos cut into quarters are mixed and four pieces randomly chosen. These pieces form a complete picture. NATURAL SELECTION -- The magician controls the spectator's will to select the odd card among a group. MAGIC SPELL -- Alphabet cards are mixed and five are chosen, but the word MAGIC comes up each time it is tried. HARLAN HOOKUP -- The magician makes a spoon move with his mind, then demonstrates that he is creating an energy field between his hands which can easily be felt by anyone. UNDER COVERS -- Writing appears inside a previously empty matchbook. DESTINATION UNKNOWN -- Coins from various countries are hidden under cards and a small toy airplane is placed onto the card a spectator chooses. The cards are turned over and letters upon each spell out the country which matches the coin chosen. MIXED EMOTIONS -- Poker chips bearing icons of emotion are stacked by a spectator and the magician predicts which emotions will be chosen. BOTH SIDES AGAINST THE MIDDLE -- A spectator shuffles a deck under the table and reverses one card, placing it back in anywhere. The magician has predicted the reversed card and the card next to it. CRYPTIC COOKIE -- A fortune is read which appears to have nothing to do with a selected card, but when folded it reveals the name of the selection.