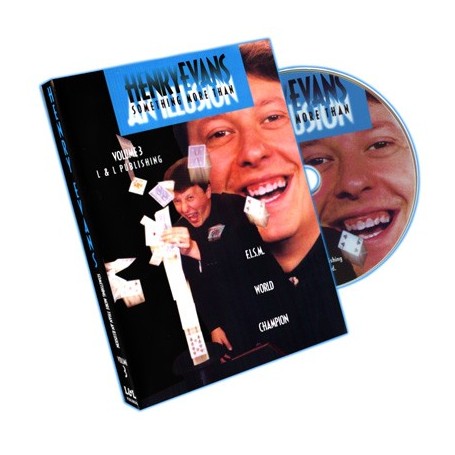 If it's been a while since you've watched a magician perform and have sat there totally clueless, you've apparently never seen Henry Evans work. And in this, his first ever video outing, Henry generously parts with the secrets that made him a Gold Me
29,95 €

If it's been a while since you've watched a magician perform and have sat there totally clueless, you've apparently never seen Henry Evans work. And in this, his first ever video outing, Henry generously parts with the secrets that made him a Gold Medal winner at FISM 2000. First, you'll be slack jawed at the amazing magic that Henry creates...and then you'll be thoroughly delighted by how it's all done-diabolical cleverness rather than knuckle-busting sleight-of-hand. It's out-of-the-box magical thinking that's relatively easy to do but guaranteed to mystify and delight even the most jaded magical audiences. Henry will make you fall in love with magic all over again!

Silk Through Transparent Bag - A silk instantly and visibly penetrates a transparent plastic bag tied around the performer's hand.
Time Machine - A silk instantly and visibly vanishes from a drinking glass and, just as mysteriously, reappears. A visual stunner!
Fastest Trip In The World - If you blink, you'll miss it. A silk vanishes from one hand and instantly travels to the other.
Remote Control Deck - A deck of cards is shuffled by a spectator and set aside. A small packet of cards is shown to consist of mixed colors. At the performer's command, the colors instantly separate in the small packet. The deck is then spread to show that the colors also separated in like fashion.
Linking Rubber Bands - A handful of rubber bands are examined by the audience and shown to be ordinary and distinctly separate. The performer holds them on his outstretched palm and asks a spectator to cover them. Instantly, the rubber bands are shown to be inextricably linked.
Tribute to Varone - A regular-sized deck is removed from its card case, which magically shrinks to half its previous size. After failing to find a selected card, it's found folded inside .
Card From Top Hat - A great finale for any close-up act. After having a card selected, the deck is placed into a top hat and, upon his command, fly straight up into the air. When the cards settle, the magician is seen to have caught the spectator's chosen card.
Torn and Restored Flash Thread - A flashy approach to the classic Gypsy Thread. A length of thread, broken into smaller pieces, is instantly restored to its original length in a flash of fire!
Appearing Coins 1 - A practical and easy way to produce four coins.
Appearing Coins 2 - Another ingenious and technically easy method of producing five coins.
Youth Machine - A deck of cards, shuffled twice (once by the spectator!), is magically restored to its original order, as if it traveled back in time to its "birth." 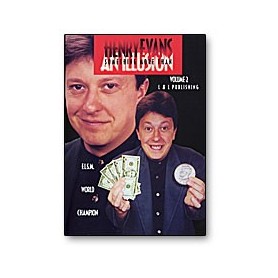 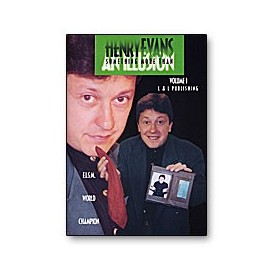