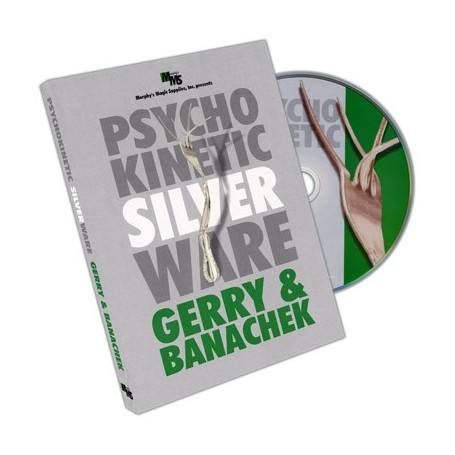 If you really could bend metal with your mind, Psychokinetic Silverware is exactly how it would look. Watch as cold, hard steel melts like butter...bending, twisting, breaking and moving seemingly on its own. Tines on forks twist like spaghetti and s
29,95 €

If you really could bend metal with your mind, Psychokinetic Silverware is exactly how it would look. Watch as cold, hard steel melts like butter...bending, twisting, breaking and moving seemingly on its own. Tines on forks twist like spaghetti and spread apart like a blooming flower. Silverware moves and bends in the spectator's hand!

Banachek's metal bending is so amazing and so realistic that he has often been accused of being and doing "the real thing." In fact, after studying Banachek's metal bending the McDonnell Laboratory for Psychic Research proudly announced to the scientific community that they had discovered someone with genuine psychic abilities! The National Inquirer and other media have also heralded Banachek's psychokinetic talents.

On this videotape, Gerry and Banachek finally reveal the real secrets to these amazing routines. Not only will you get to see how everything looks in performance, you'll also learn the real inside work, the fine points and psychology of metal bending. These are secrets which have been very tightly guarded...until now.

What People Are Saying:

"Psychokinetic Silverware is a terrific source of information. If you have a desire to add a metal bending routine to your repertoire, this DVD, should be your first stop."
-Michael Close

"Wow! This tape has great information on bending silverware, from guys who do it for a living. I just became interested in learning this aspect of our art. Thank you Gerry and Banachek!"
- Lance Burton

"This is the best metal-bending tape I've seen. It deals with the psychological touches and misdirection needed to make this effect really work. Too many performers approach it as a magic trick and look for novelties and clever gaffs-but this is the real stuff, discussed and considered in rewarding detail. Certainly of immense interest to the professional as well as the novice. Excellent work, and congratulations."
- Derren Brown

"Banachek is BY FAR the best I've ever seen at bending metal! No one comes close!"
- Mac King

"Banachek's work with metal bending is the state of the art. This is the real work, the psychology and the little touches that make for miracles!"
- Ben Harris, author of Gellerism Revealed

"I am proud to say that Banachek is definitely one of the top in the field of metal bending."
- Guy Bavli

"Banachek is unlike any metal bender I have ever seen. He just seems to be nearby whenever forks and spoons take on an unexpected life of their own."
- Richard Busch, Psychic Entertainer, Master Hypnotist, author of Peek Performances

Make metal bend with your mind...or so it will appear. 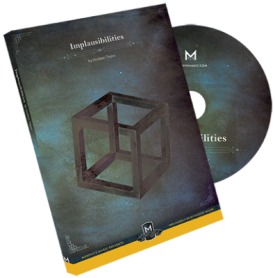 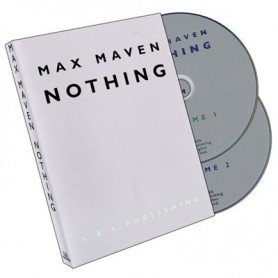 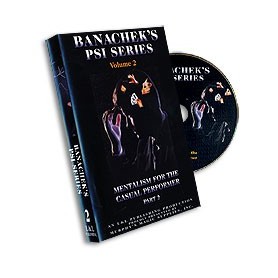 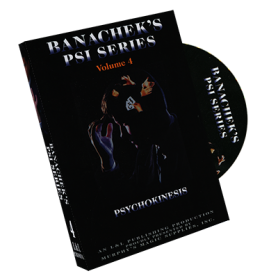