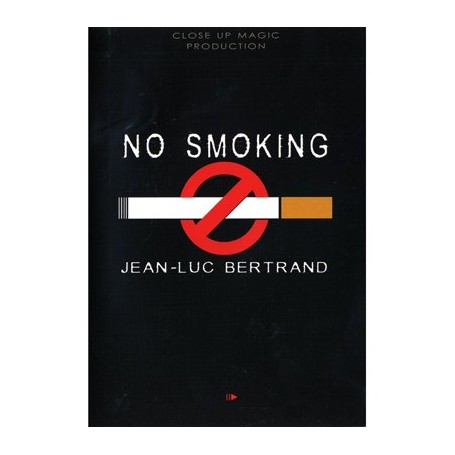 No Smoking (Gimmicks and Online Instructions) by Jean-Luc Bertrand - DVD

Totally based on the paddle move, this performance is about four minutes long. Designed to be performed on table hopping, with an astonishing climax, no smoking is set up to be an interactive routine where your audience is involved.

This routine took years of improvments and practice, and the version you will see is the ultimate one. Totally based on the good ol' paddle move, you will not use a paddle with dots, but real "Bic" lighters. On its side, a "No Smoking" sign appears and vanishes at will. Then a second lighter is introduced, and the signs switch from one to the other. Finally, one lighter vanishes and melts with the other one, to end up with a double sided lighter. A real interaction will be built with your audience, that will last a few minutes. Effects grow bigger and bigger while you perform the routine!

Comes complete with the lighters you need to perform the routine. This DVD includes all three-French, English and Spanish versions. Those are not dubbed, voice overed, or subtitled, but entirely performed in 3 languages on 3 separate tracks, with interactive menus according to the language selected.

"There's so much strong magic in this routine, you'll be just as impressed as your audience..." ( Gregory Wilson )